How long does it take for someone to find where to eat?

By Anonymous on 01 March
How long do you think it takes for someone to decide where to eat? 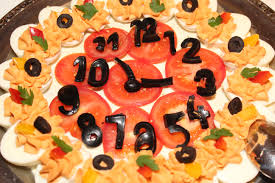 We wanted to know too so we went on the hunt to find out. After polling people of all ages and diets on various social media platforms, this is what we found.

71% of people took 15-20 minutes to decide where to eat, 15% took 20 mins to an hour, and 14% took more than an hour. On average, people reported that it usually takes them about 20 minutes to find somewhere to eat, sometimes more.

If a person eats out at least once a day, that would result in an average 7300 minutes per year they would spend to find somewhere to eat. That's 5 days for the average person each year! For those who take an hour to locate a restaurant, they would be spending more than 2 weeks a year deciding where to eat.

Thankfully, the average person only eats out about 4.2x a week according to this 2017 article from the Simple Dollar. However, that’s still 3 days a year!

So what can we do to get this time back?

People have become quite creative in trying to decide where to eat. Some solutions include creating a decision wheel, food tournament brackets, or even taking turns in a group to decide what to eat as mentioned in this 2014 Life Hacker article.

But who wants to be diplomatic? Why should you go to a new restaurant someone else suggested and end up eating something you may not like when all you wanted was to go to Applebee’s and eat their BBQ ribs because you know it’s always good.

That’s why we created Yumaroo, a free web & mobile app we’re building to help you decide where to eat in just a few seconds! Better yet, you won’t have to compromise because we’ll find you the meal you’ll like best at every restaurant.

What are you waiting for, let’s making deciding where to eat short, simple, & fun.
consumers poll time